To obtain these books:

Under Books in the search box,

to get my author page + all books

Looking forward to another great year of sharing the now 76 novels with readers all over the world. Check them out on my author page at Amazon: amazon.com/author/johnsonrobertm.

If you have always wanted to ask me something, now is the time to go for it!
rmarlowej@creative-publications.com

About My Life as a Writer

I was born in 1940 in a town called Brainerd, Minnesota, at the time it was a railroad town, now it is mostly tourism, the Land of 10,000 lakes. At age thirteen I joined the Roman Catholic Seminary program and at age nineteen, entered a severe monastic Order near Grenoble France. After eleven years there, I was sent back to Vermont to help start a new monastery near Bennington VT. After two years there, I decided to leave the Order and the Priesthood, and went to Boston, MA, the year was 1972.

I was married to Rosaleen Jackson in April of 1974 and three children were born of our union, Robert Owen, Alyce Marie and Michael Daniel. We lived in Southboro MA for almost thirty years. During that time I founded my own Center, called the Awareness Center to present courses in Yoga, Meditation, Dream Interpretation, Mysticism and general well being. At the end of that period, I worked for and obtained a doctorate in Philosophy in Mental Health (1988).

The next twenty years were spent working in my chosen profession: Psychology/Psychotherapy throughout Massachusetts. Consulting as a Psychologist to Nursing Homes and Rehab facilities kept me very busy during those years. Since 2010, I have been increasing my commitment to writing, editing and publishing on the internet. This website reflects my work in this area. In the eight years since March of 2010, I have written and published 76 novels and nearly two dozen books on mental health. Four books of Poetry also, written and published. New project, "The Writer's life to be published before 2019. Book totals have reached 100 as of 2018! The Writer's Life book explores, as review and preview, all this. 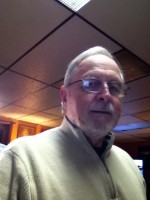